The 5 Best Ski Resorts Near Seattle 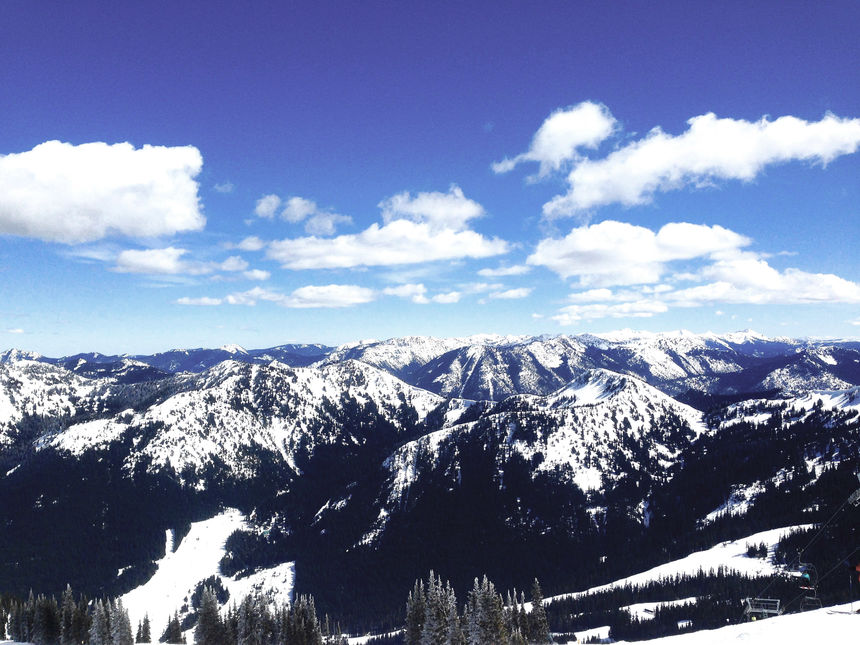 Seattle may have a reputation for rain, but when the clouds part, the city is blessed with views of majestic mountaintops, some covered with snow throughout the summer. The mountains near Seattle are home to some great skiing, and here’s our list of five of the best places to check out!

It may not have the area’s best snow, but for Seattle-area skiers, the Summit at Snoqualmie is so close that the convenience is unmatched. It began as a Seattle parks department project nearly a century ago and is still where many Seattleites learn to ski. It’s only 54 mi from the heart of the city and the drive is all on a modern multi-lane expressway. The different base areas are all linked by shuttle busses. Between them, they offer a selection of terrain suitable for skiers and riders of all ability levels. Its nearness and abundance of lit runs make it a great place to hit the slopes after work!

At 2,600 ac, Crystal Mountain is the largest ski area in Washington State and the state’s only true destination resort. You can ski all day, après all night, and get after it again the next day without having to even think about your car! It’s two hours from Seattle proper, and even closer for powderhounds in south-sound cities like Tacoma and Olympia. A popular choice for families, it boasts a wide variety of terrain, including more runs above the tree-line than most resorts in the area. It also offers some of the best views of Mt. Rainier (Tahoma in the local Salishan) you can get without actually being a mountaineer.

Abundant intermediate and advanced terrain, and almost as easy to get to from Seattle as Snoqualmie

Stevens Pass is a little further from Seattle than Snoqualmie (about an hour and a half, depending on traffic). It also happens to be 1,000 ft higher, so the snow is almost always better. While it has a good ski school and dedicated learning areas, it’s real strength is it’s intermediate and advanced terrain, particularly on the backside and off the 7th Heaven Chair. Longtime locals might still have some reservations about the recent Vail acquisition, but the investment is already paying dividends with some newly upgraded lifts. There isn’t much in the way of slope-side accommodations (at least not yet), but Bavarian-themed Leavenworth is only about 30 minutes east on Highway 2.

Mount Baker holds the record for the world’s most snowfall in one season, amassing 1,140 in of the stuff in 1998-99. They actually had to dig trenches for some of the lifts to be able to run! It’s known for easily accessible extreme terrain and a permissive “at your own risk” philosophy, and there is no shortage of access points to unpatrolled backcountry. There are three day lodges at this still-family-owned and proudly independent ski area, with rental condos available in nearby Glacier and plenty of hotels in Bellingham. Popular with both Canadians and north Puget Sound residents, it’s a three-hour trek from Seattle but is well worth it!

An under-the-radar resort on the east slope of the Cascades, where the snow is dry and there are plenty of sunny days

The sleeper pick on our list, Mission Ridge is a bit out of the way and lacks extensive beginner terrain, but there’s plenty for intermediates and a wealth of off-piste terrain for advanced skiers. On the far side of the mountains, it might not spring immediately to mind for Seattle-area skiers and snowboarders (and the locals may well like it that way). But it’s sheltered from the Puget Sound’s notorious wet weather, which means lighter and drier snow and clearer skies. Three hours from the city may be far for a day trip, but it would make a great part of a winter weekend visit to Leavenworth. Wenatchee is another good choice for nearby lodging and dining.