The 5 Best Ski Resorts near Kelowna 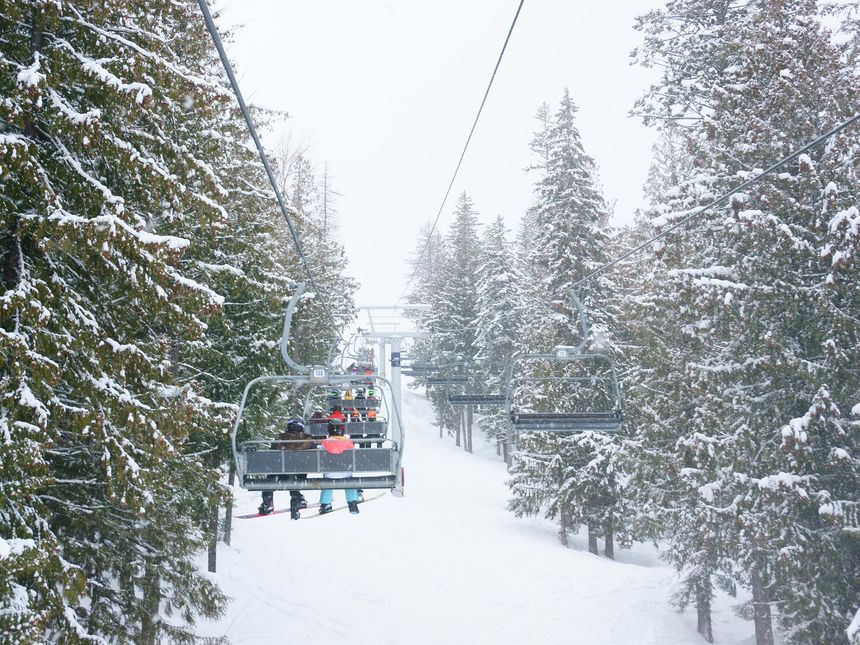 Kelowna is a gem of a city for skiers and boarders alike – away from the hustle and bustle of Vancouver and easy access to ski resorts in British Columbia. Having lived here most of my life, I've skied them all and put together a list of top resorts near Kelowna based on travel time from the city.

Due to COVID-19, safety measures were put in place by the province of British Columbia which impacted the 20/21 ski season for resorts located in Kelowna. These included a provincial wide non-essential travel ban in December which limited resort access to locals only and mandatory mask-wearing. British Columbia’s stay-at-home order required all resorts in the province to close at the end of March 2021. Such restrictions are not anticipated to continue into the 21/22 winter season.

Expect big things at the family-friendly Big White. It’s huge 2,765 ac of terrain has the biggest night skiing area in Western Canada! But that’s not all, the mountain receives over 300 in of champagne powder per year on average which you access just an hour away from Kelowna and its international airport. Of course, a trip to Big White wouldn’t be complete without skiing amongst their infamous snow ghosts – spectacular snow covered trees. When convenience is key and first tracks are a priority, Big White’s village is sure to impress with ski-in/ski-out access across the entire main village! Everything from horse drawn sleigh rides to snowmobiling is on offer here.

Silver Star is home to Canada’s largest area of cross country terrain and the third largest ski area in British Columbia. The majority of terrain is perfect for intermediate skiers and advanced skiers though there aren’t too many runs for beginners. After you got your fill of the snow, it’s time to soak in the fun après ski activities. The resort has a gorgeous ski-in ski-out village packed with shops and restaurants and supports a number of activities and events including the Carnival Ice Sculpture Competition! The trade-off is that Silver Star tends to be a bit warmer and generally receives slightly less snowfall than Big White.

Just a 45-minute drive from Kamloops Airport, Sun Peaks is the second largest resort in Canada with a variety of terrain across a massive 4,270 ac to explore. The grooming here is impeccable and the almost non-existent crowds and lift lines are worth a mention but what makes Sun Peaks stand out is it’s family-friendliness. Not only is the terrain family-friendly but the majority of the lodging in the cozy village is ski-in/ski-out, making access extra convenient. It also makes for an affordable choice for families with everything being reasonably priced including their awesome ski school and kid’s facilities as well as activities. There is ice skating, dog-sledding, snowmobiling, tobogganing and loads more.

Another entry from the Powder Highway, Revelstoke delivers more than just dumps of snow. At 5,620 ft, it has the biggest vertical in North America! While there’s little on offer for beginners here, the 69 runs here are bound to keep everyone from intermediates to experts more than happy. The tough terrain here is as fun as it is gnarly, so much so the Freeride World Tour makes a stop here. To top it all off, there’s cat-skiing and heli-skiing available. Sitting in eastern BC, Revelstoke isn’t the easiest to access but it is well worth the trek. The nearby town of Revelstoke has plenty of restaurants, accommodation and tons of activities including dog sledding.

Frequented by local skiers who hit the mountain hard, Apex is perfect for those looking for a challenge while on a budget! It’s a smaller resort at just 1,112 ac of terrain but the mountain is set out well and easy to navigate. There are a fair number of beginner runs but these are outnumbered by the black diamond trails through trees and chutes! That said, there are plenty of amenities for families, with day care services, a tube park and ice skating rink. Apex village, while much smaller than the village at Big White and Silver Star, is well stocked with restaurants, shops, bars and activities. Don’t miss the annual Brewski held in February!